Crisis in the Church / Re: Where is the Apostolic Church with Her Four Marks today?

Do you agree that having an unbroken succession, in St. Peter' chair, or another episcopal see, from now to the Apostles, gives evidence of Apostolic succession? Per the explanations I quoted, that is how the Apostolic Church is distinguished and identified.

Brunsmann Preuss: "In order to be able to distinguish with certainty the true Church of Christ from all false claimants, it is sufficient to establish the Apostolic Succession with regard to the primacy of Peter. For, since the primacy is the crown of the Apostolate, the Church which possesses the primacy must needs be Apostolic … Hence that Church, and that Church only, which can trace its rulers to the first primate, namely, St. Peter, is in fact and by right Apostolic in every sense."

It would make practical sense to say that where we find apostolicity of mission, we also find apostolicity of doctrine, but that's not the practical reality of what is happening in the Church today. The present Crisis is a mystery, as Archbishop Lefebvre rightly pointed out. It doesn't make sense that the Church, which should possess the Four Marks, could now have doctrine which conflicts with doctrine before the Vll council.

Archbishop Lefebvre said that the Church is occupied by s Modernist sect. Pope St. Pius X warned in his encyclicals about the dangers of Modernism in the Church. The saintly Pope was aware that Modernism had infiltrated the Church. I only wish that he had called a council to address the problem, before it was too late. But maybe God had other plans.
2

The Feeneyism Ghetto / Re: Catholic Faith or implicit faith?

« Last post by XavierSem on Today at 08:50:12 AM »
I'm bumping this thread. I'm Nishant. Nishant Xavier is my name. My old account got locked out so I told Matthew and started another.

No Catholic Theologian post Trent has denied the Doctrine of Baptism of Desire. The real debate is on Explicit Faith vs Implicit Faith.

I am firmly in the camp of St. Athanasius, St. Thomas, St. Alphonsus and Fr. Mueller, Msgr. Fenton etc on the need for Explicit Faith.
3

Crisis in the Church / Re: BERGOGLIO'S A CREEP-PROOF

“He (the Antichrist) will grant entire freedom from the commandments of God and the Church and permit everyone to live as his passions dictate. By doing so he hopes to be acknowledged by the people as deliverer from the yoke, and as the cause of prosperity in the world. Religion he will endeavor to make convenient. He will say that you need not fast and embitter your life by renunciation…It will suffice to love God…He will preach free love and tear asunder family ties. He will scorn everything holy, and he will ridicule all graces of the Church with devilish mockery. He will condemn humility and foster proud and gruesome dogmas. He will tear down that which God has taught in the Old and New Testament and maintain sin and vice are not sin and vice…He will ally himself with the kings, the princes and the powerful ones of the earth; he will condemn humility and will extol all the doctrines of pride. His magic art will feign the most astonishing prodigies.”

The Feeneyism Ghetto / Re: Did the Council of Trent (and Pope St. Pius V) teach Baptism of Desire?

« Last post by XavierSem on Today at 08:40:29 AM »
I don't need to explain or justify myself to you, Ladislaus. You always do this when you run out of arguments, and can't stick to the topic.

I've not attacked Fr. Feeney. You're just misinformed on that point. I specifically said I have no objection to St. Benedict's Centre's doctrinal position.

I specifically attacked the Dimonds, who I consider to hold manifestly heretical opinions both in the open Ecclesia-Vacantism they promote, and in heretically claiming that BOD is "heresy". They are neo-Jansenists and the Doctors fought the Jansenist heresy, when it arose, with untiring efforts.

You're the one doing the devil's work in claiming Dimondite things like "BOD may be objectively heretical" (which St. Benedict's Centre) does not claim, whether you know it or not. I consider St. Benedict's Centre an ally in evangelizing and building up the Church. Neither you nor the Dimonds are real allies of the Church. You also claimed the "Dimonds have done a great service to the Faith". Actually, they've done terrible harm to the Faith.

They've led souls outside the Church, where there is no salvation, and they will answer for it, and for their "Ecclesia-Vacantism" heresy.

I suppose some of you would consider me guilty of "ecumenism" because of this article I wrote: https://onepeterfive.com/filioque-separated-east/ It took hours and lots of struggle to research and write it. But I was happy to do so, because I knew God would be pleased, and souls would be benefited. And accordingly, by the Grace of God, many non-Catholic Christians returned home to the Church. What I wrote was in full obedience to the decrees of Florence and that of Pope Pius XII on conducting "ecumenism of return". If I'd just condemned every Orthodox Christian as a "formal schismatic", I doubt even one single Orthodox Christian would have come back. The principles based on which I write, as I've amply proven from many sources, are that taught by Popes, Saints and Doctors.

Also, as was quoted in one of St. Benedict's Centre's article, Fr. Laisney, of the SSPX maintained explicit faith in Christ and the Trinity. SBC said they agreed with that, but claimed the Holy Office Letter didn't agree with it. Well, I agree with the Holy Office Letter, in the sense it was understood by Msgr. Fenton. Both supernatural faith and supernatural contrition are necessary for an efficacious desire, and I hold with Msgr. Fenton, St. Alphonsus etc that explicit Catholic Faith in Holy Trinity and Incarnation is necessary for supernatural and salvific faith. If the debate was on explicit faith vs implicit faith, you'd see me arguing firmly for explicit faith.

As it is, the debate is with the Dimondite denial of BOD and especially of the claim that it is heretical. I've seen the very terrible fruits of Dimondism and the horrible lack of charity it leads to, and the presumptions of its followers in declaring everyone but their "Church of 10" to be heretics, and I'm not at all impressed with it and believe it to be heretical. So I will continue to oppose Dimondism, just as I would Jansenism. I will argue in favor of explicit faith and against implicit faith when that is the topic of debate.

Edit: I also agreed with Arvinger back when I was posting with my old acccount. I'm going to bump one of my old threads on the subject.
5

Catholic Living in the Modern World / Re: Please pray for Mark79

Matthew...any way to fix the time to modify posts?  Or fix things so that when text is copied and pasted into CI, it automatically comes in smaller?
7

Health and Nutrition / Re: Lab vs wild virus 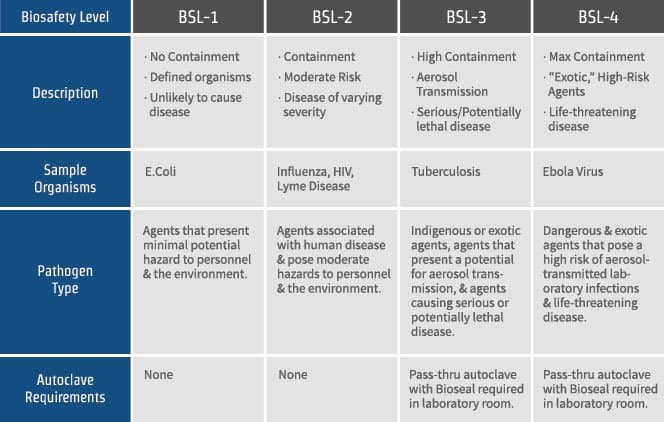 Crisis in the Church / Re: BERGOGLIO'S A CREEP-PROOF

Dear 2Vermont,
There are plenty of reasons why I can't resize. Sometimes I am unable to do so when I do want to resize whether you believe it or not.  I am not a liar.

In addition, honest people can have honest points of view which is why I love reading the viewpoints of people on CathInfo for the most part.
You have exceeded your honesty by trying now to dictate your preferences in an attempt to place yourself above others in importance.
You can easily skip over any posts or every post if you choose.  Humble yourself this way, or not as you want.
Either way,   I am very certain that I do not care to argue with you further about this subject.

As a sidenote, I rarely downthumb because I prefer to not do so for various reasons.  So, if you receive a downthumb, you can be reasonably assured that it is not me.  I always expect a downthumb when I write here, but that is not so big of a deal that it stops me anyhow.

Actually my thread was a request not a dictate (and others agreed with me).  You do not wish to honor that request.  Rather than pontificate about humility perhaps it is you who needs to heed that advice.

And I already skip over the long, large font posts.  If someone wants to reach all though, I would think they would do their best to re-size.
9

Catholic Living in the Modern World / Re: Please pray for Mark79

I'm not a dogmatic sedevacantist.  I am, however, a dogmatic indefectibilist.  I will attack the heresies of those who claim that the Church's Magisterium can defect.  It's a terrible heresy.  But if you articulate your position in a way that avoids this, then I have no quarrel with you.  I have no quarrel with Archbshop Lefebvre's position either.  As he articulated it, it's actually not that far from that of Fr. Chazal ... except that he did not elaborate on it as precisely as did Father.

I have absolutely ZERO problem with the position articulated by Fr. Chazal, but I have nothing but contempt for the position that people like you and Stubborn promote.

In FACT, I have no quarrel with those conservative Novus Ordites who claim that no substantial error has or can creep into the Magisterium.  They try to explain away the Vatican II and NOM errors.  I disagree with their interpretation of them, their "hermeneutic of continuity," as it were, but I have no quarrel with their principles.  I consider them closer to having Catholic truth than those of you in R&R who undermine the indefectibility of the Church.  These are merely in material error, but you are in grave error regarding Church ecclesiology, and you are endangering your own faith and thus your own salvation.
10

The Feeneyism Ghetto / Re: Did the Council of Trent (and Pope St. Pius V) teach Baptism of Desire?

Even the doctrinal explanations ("commentary") are infallible.

Not true.  See below.
.
But before being bound to give such an assent, the believer has a right to be certain that the teaching in question is definitive (since only definitive teaching is infallible); and the means by which the definitive intention, whether of a council or of the pope, may be recognized have been stated above. It need only be added here that not everything in a conciliar or papal pronouncement, in which some doctrine is defined, is to be treated as definitive and infallible. For example, in the lengthy Bull of Pius IX defining the Immaculate Conception the strictly definitive and infallible portion is comprised in a sentence or two; and the same is true in many cases in regard to conciliar decisions. The merely argumentative and justificatory statements embodied in definitive judgments, however true and authoritative they may be, are not covered by the guarantee of infallibility which attaches to the strictly definitive sentences — unless, indeed, their infallibility has been previously or subsequently established by an independent decision.

http://www.newadvent.org/cathen/07790a.htm
Pages: [1] 2 3 ... 10
CathInfo.com - A message board with Catholic news and information for traditional Catholics living in the modern world.
Have questions about our discussion forum? E-mail us: news at cathinfo.com